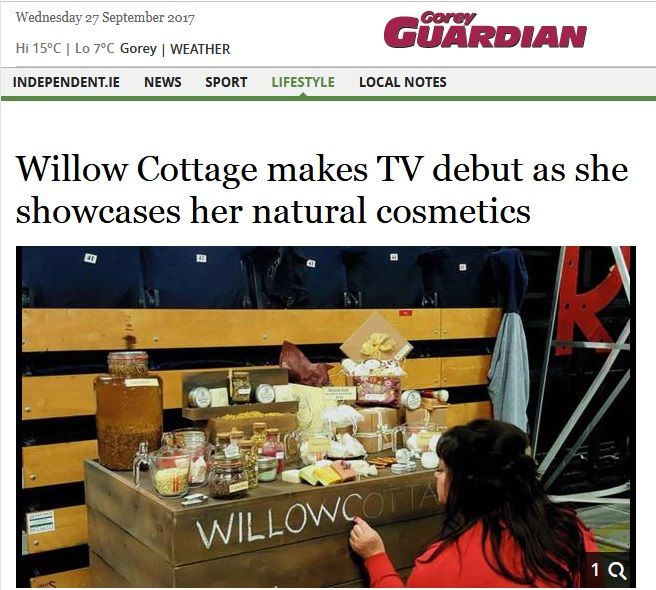 Gorey-based business woman Angela Healy has been inundated with orders since she showcased her natural skincare products on The Late Late Show recently.

The former chef, who runs Willow Cottage in the craft courtyard in Wells House, shone on the small screen when she made her TV debut alongside several other business owners. In a five minute segment, Angela introduced presenter Ryan Tubridy to various products and explained to him what Willow Cottage is all about.

'All of the products have edible ingredients. It's 100 per cent natural,' she said.

'They not only make your skin feel good but make you feel good,' she added

Angela showed Ryan her legendary 'Magic Cream' as well as a hand cream, which he gave to everyone in the audience.

Until this TV appearance, Angela relied on word of mouth recommendations as opposed to advertising and according to her, she was kept very busy. Since her Late Late debut, business has only got better. Within three days of the episode being aired, she received over 2000 orders.