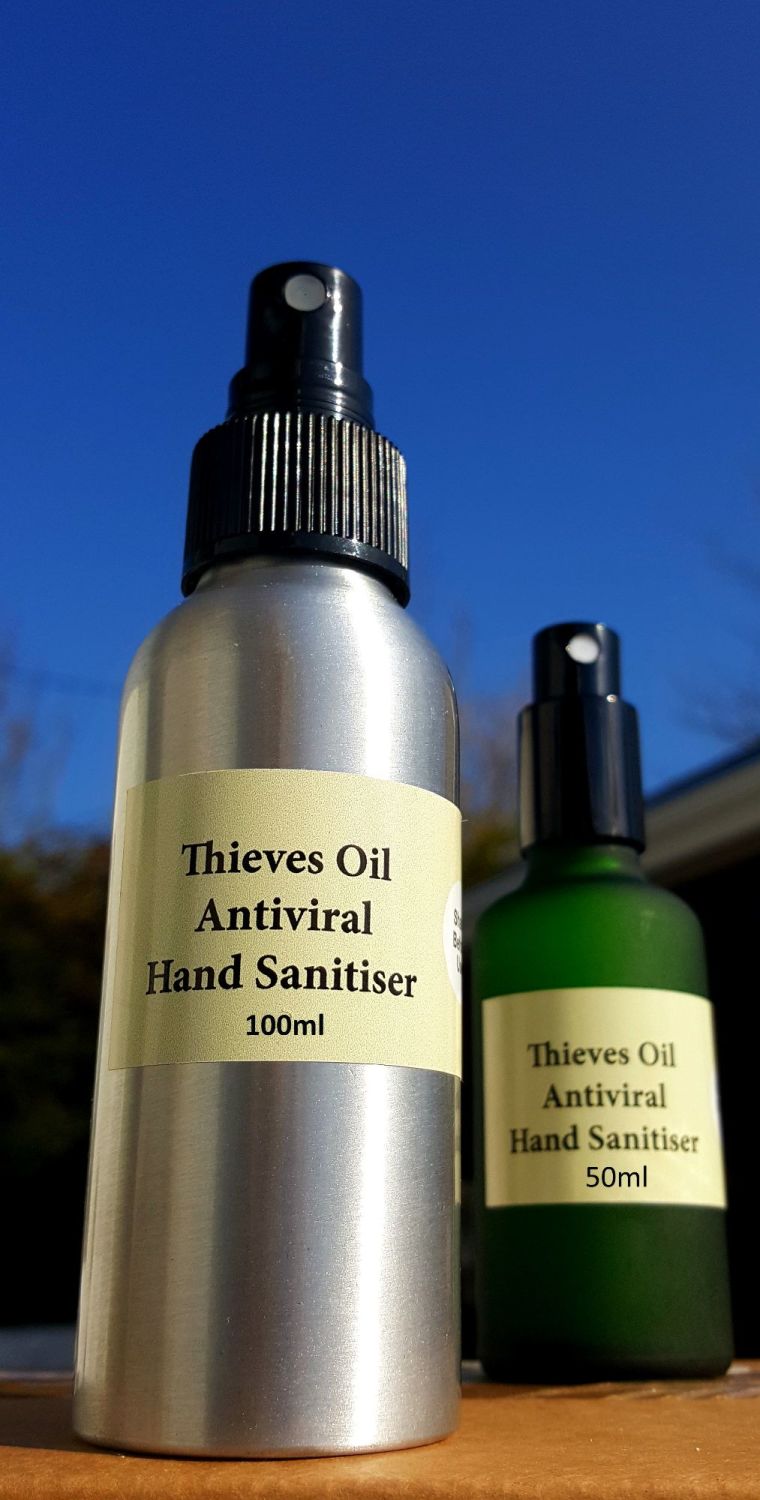 Developed in direct response to the Coronavirus / COVID-19

Compliant with CDC guidelines.
An advanced extra level of protection.
Isopropol Alcohol based formulation for the rapid disinfection of hands.
Suitable for use in hospital wards,  theatres, healthcare and frontline settings.

Do not use on broken skin, incase of contact with eyes flush with water. If irritation or redness occurs and persist for 72hrs stop using and ask your doctor for advice. Do not ingest orally. Not reccomended for infants, for children under 6 use adult supervision.

The story of "thieves oil" dates back to 1413. During the 15th century bubonic plague in Europe and Asia, four European thieves made it a habit to rob the deceased of anything of value. These bodies were highly contagious with the plague, which begins with severe flu symptoms and then continues with the bacteria infecting the blood system, usually ending in death (it is estimated 150 million people passed during this four year pandemic). However, these thieves never contracted the plague. It was reported that they wore hats and masks that smelled of herbs and spices, namely cloves, lemons, cinnamon, eucalyptus, and rosemary.

These guys were eventually jailed but they never caught the deadly illness. They were to be burned alive for their crimes, but their judge told them he would spare them that if they would share how they avoided the plague. The thieves said that they were perfume and spice merchants who lost their livelihoods because of the thorough devastation of the disease. They combined cloves, lemon, cinnamon, eucalyptus, and rosemary and applied the blend to their hands, ears, feet, temples, and on a mask that they wore over their mouth before going out to commit their crimes, protected from the very infectious illness. Once the judge learned of their secret he did spare them the punishment of being burned but he hung them instead!

The combination of these herbs and spices, especially when concentrated to an essential oil, contains properties that are antimicrobial, anti-fungal, antiseptic, and antiviral - and it smells great, too!

Recommend this to a friend  +